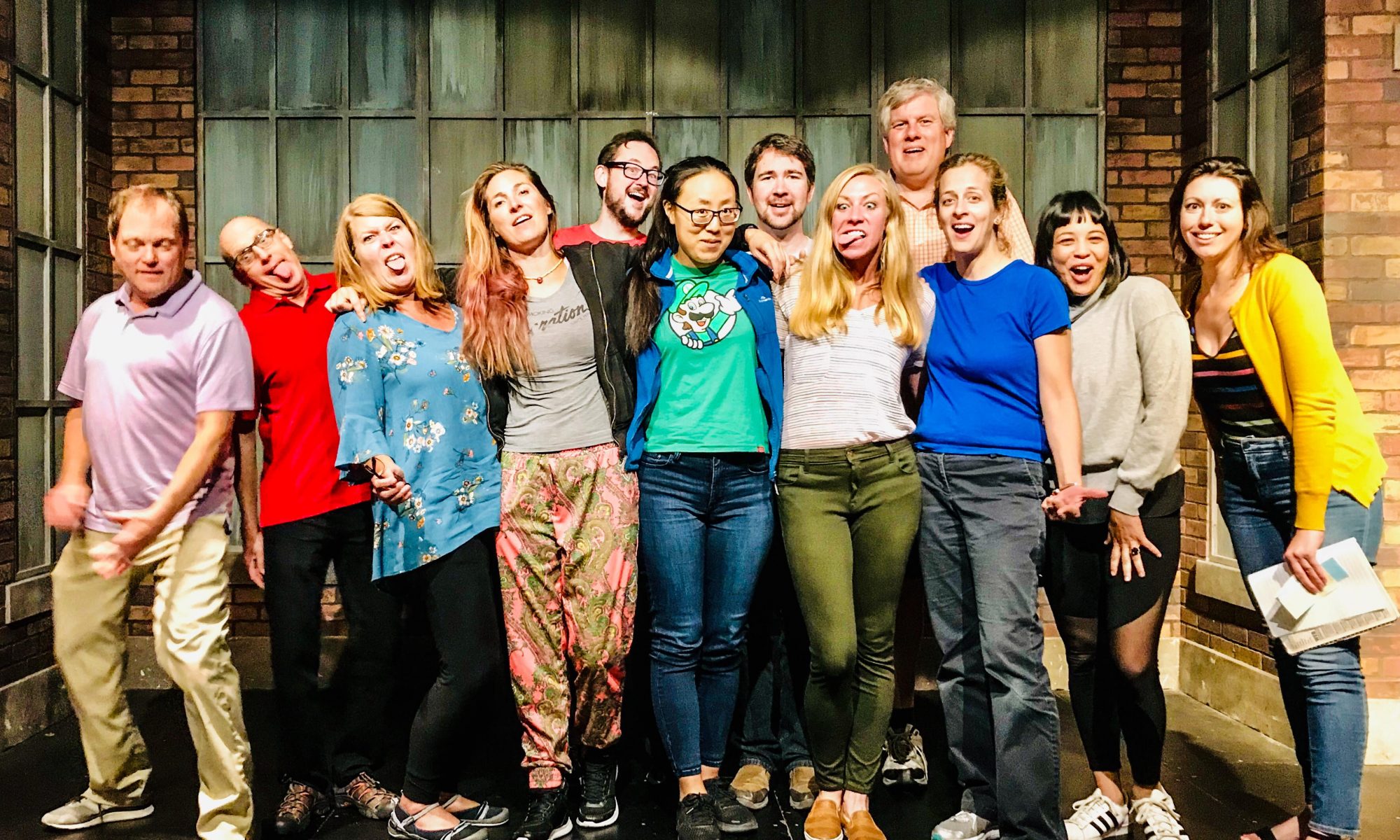 I just got through a 3-Day Improv intensive at The Second City in Chicago. I went 10am-4pm Friday through Sunday. I had only been there once before to see a show. I had seen lots of shows at I/O theater at their old and new locations over the years but I always avoided Second City. I think I was intimidated by it, even to see a show there. Second City was the “Brand Name” improv place where only people who are serious about doing comedy for their career went. So many legendary people have come out of Second City and SC is not ashamed to remind you of that fact. There are pictures of stars like, Steve Carell, Bill Murray, Stephen Colbert, Chris Farley, and countless others plastered all over their walls, web site, and marketing materials. The message is that this place is a star factory. That was massively intimidating for me. Of course, for every Chris Farley there are oceans of others who either don’t have the chops, didn’t want to put in the work, or just didn’t want to make comedy their career.

My class was made up of a dozen people from different backgrounds, ages, experience levels and countries. I think only 3-4 people there were from the Chicagoland area. The rest flew in from Atlanta, Minneapolis, Wisconsin, Indiana, Puerto Rico, Sweden, and Australia. Fucking Australia! I know that Second City is a great place for improv but a quarter of my class came in from other countries and 2 continents to be there. I have been in Chicago for 2 years and just now took advantage of this. I’m kicking myself for being too chicken shit to start earlier.

9:30am: My fiancé dropped me off at Second City. A few days before, I was seriously thinking of not showing up because I was afraid it would be a disaster.  First day of school vibes were kicking in. The Second City building has 4 disjointed levels of space that have front and rear sections that are not intuitively accessible to each other. I think H. H. Holmes may have been the architect on that project.

The building is ice cold and that put me at ease as I have a propensity for pouring sweat when I’m on a stage or with a group of unfamiliar people. In this case, both fears were in full effect. I was glad I was early because it took me a while to find out where I was going. I expected to be in a classroom / workroom setting and for most of the time we were playing in the “Judy’s Beat Lounge” theater. Everyone in the class was quiet as we waited to start. Then, our instructor, Dionna Griffin-Irons (D) started talking. She instantly captured our attention and I think we all knew she was an expert who knew exactly what she was doing. I can’t say enough good things about how wonderful D was for those 3 days.

The first thing we did was clear out the chairs and started warming up. Like, physically stretching, shaking out our hands and feet, and breathing together. That set the tone that we would be on our feet and working as much kinetically as we were mentally. It really took me back how quickly D was able to take a group of a dozen strangers and within a short period of time we were playing together like we were all kids again.

For the first day we mostly learned the basics and played games. The games got us making eye contact, actively paying attention, and demanding our own attention. Any of our “scene” work was silent. Pantomime work was difficult but I am  very happy we started there. It gets you thinking how to convey something in a way we were not used to and laid groundwork for what would come.

I still got lost finding the theater inside both days. Only now do I think I could make my way there without a wrong turn. We work more on object work and were reminded to “show don’t tell” meaning we needed to use the space to paint a picture of where we were in the scene. By the end of Saturday I think we actually got to speak a bit in our scene work.

By Sunday, people were really coming out of their shell. It was a night and day difference how far people were letting go of their ego. It is all about permission to play and being in a safe and supportive space to do so. The time flew by and at the end of each day I was still ready to keep going for hours more if I could.

What I Was Left With

In the off time between classes I found myself paying attention to everyone around me. I would lock in with eye-contact with strangers. I automatically started to read the room anywhere I went. I found myself more open to new experiences and more empathic to strangers.

When I think back to the other players I can’t believe I had only known them for 3 days. They all feel familiar to me in a way they logically shouldn’t. I would trust any single one of them to look after a wallet full of cash while I stepped out of the room. We shed our egos were all vulnerable with each other and everyone took care of everyone else. Our final group photo looks like a picture from a fun family reunion, not a weekend class.

Some people were there to help their career in acting, voice-over, or writing. Some were there to help with public speaking or social interactions. But, everyone was there because they wanted to see what Second City looked like from the inside; to feel like they were in some small way, part of something amazing that helped shape the extraordinarily talented people we have watched on film and TV. We all got the smallest nibble of something that I know I am still in the process of digesting. They call what we did an intensive and that’s exactly what it was for me.