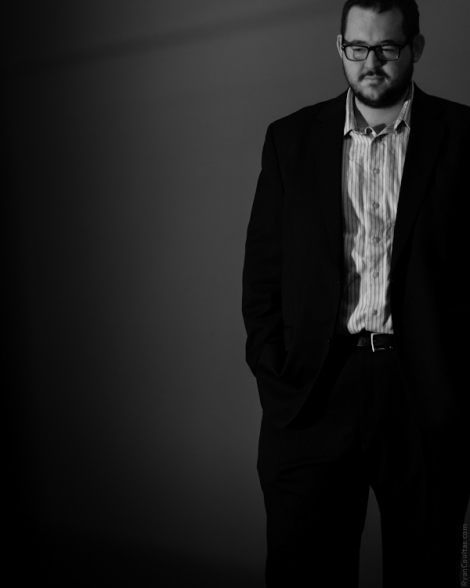 I wanted to play with lighting a little. I setup a work light on my pinball machine, and stood beside it. Unfortunately, I seem to have lost Jesse’s tripod. So, I thought, “I’ll just set this awkwardly shaped camera atop a chair back. What could possibly go wrong?” Well, the camera could fall off and the 50mm prime lens could stop focusing, rendering it useless. I know that could happen because it did.

This is one of the last photos taken before that lens fell to its death. I think the lighting and composition are good but I am not a fan of the subject. The photo was just before the MCS Christmas party so I was all dressed up. This was the first shot I took and I was not intentionally trying to look forlorn. I just stood where I would be in focus and looked down. I was not really posing at all. I assumed that the first shot would have a lot of technical issues and would never be used. A couple of shots later, the lens had taken its leap and I was done for the night.